Chocolate is a food preparation which is made from roasted and ground cacao beans. It is typically sweetened and eaten as confectionery or used as a flavoring ingredient in other foods. 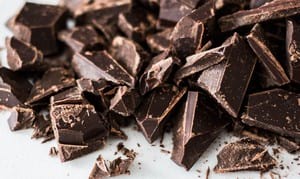 Theobromine and caffeine originate from the cacao bean. As a general rule, the more cacao the chocolate contains (typically the darker chocolate), the more dangerous it is for certain animals.

Dogs and cats are well known pets that are susceptible to chocolate poisoning. But chocolate is also toxic to livestock like calves, goats, and ducks. In a first stage, the digestive system is affected, leading to vomiting and diarrhea. As the condition progresses, the central nervous system is impacted, first causing seizures and eventually death.

Did you know that chocolate should not be fed to ducks? We’re curious to find out.

Your email address will not be published. Required fields are marked *